Titanic Movie was the most expensive movie made at the time. And it showed. The dresses were intricate and stunning; the ship itself looked like a wealthy giant waiting to swallow its audience wholly into its world. Made on a budget of 200 million dollars, Titanic earned a jaw-dropping two billion dollars at the box office. And for a good reason.

The character of Rose after American artist Beatrice Wood, who had no connection to Titanic history. The movie’s love story is also fiction. Titanic screenwriter and director James Cameron created it. In addition to Rose and Jack.

Most of the underwater shots of the Titanic wreckage are real. In 1995, James Cameron hired the Russian vessel Academic Mstislav Keld’s two submersibles. He made twelve dives to film the underwater close-ups at a depth of 12,500 feet below the North Atlantic. Unique cameras and housings are design to withstand 6,000 pounds per square inch of water pressure. Each dive lasted approximately fifteen hours, but the cameras could only store 500 feet of film, which meant that only twelve minutes of footage could be shot per dive. As a result, a few underwater shots had to be faked.

The portrayals of the ship’s captain and officers to wealthy socialites and businesspeople contribute a sense of authenticity that pairs well with Titanic’s fictional elements. These are the 31 Titanic passengers and crew members from history depicted in the 1997 film.

Irish-born shipbuilder Thomas Andrews was the Titanic’s principal designer and sailed on the ship during its first journey across the Atlantic. The White Star Line previously employed Andrews to design the Olympic—one of Titanic’s sister ships. Six-time Emmy nominee Victor Garber portrays Andrews, who interacts with Rose several times throughout the movie.

Andrews determined the ship’s eventual fate after it struck the iceberg in real life. Accordingly, Andrews informs Rose halfway through the film that the boat has one hour before it sinks and that there aren’t enough lifeboats for everyone on board. Andrews perish on the Titanic and was reportedly last seen in the first-class smoking room, where the film depicts its final shot of him. However, others claimed to have seen him on the ship’s deck throwing chairs at people in the water 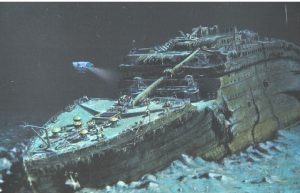 While Titanic’s main characters were fictional, the 1997 film included the roles of 30 real-life passengers and crew members who travelled on the ship.

Victor Garber (the builder of the ship)

Jonathan Hyde (Bruce Is may)

Bruce Is may (English businessman and chairman)

when did titanic come out

how long is the titanic movie

where to watch titanic

where can i watch titanic

what year did titanic come out

The Hollywood Movie James Cameron’s ‘’Titanic’’ is an epic, action-packed romance set again on the ill-fated maiden voyage of the R.M.S. Titanic; the pride and joy of the largest moving object ever built. She was the most luxurious liner of her era – the ‘’ship of dreams ‘’—which ultimately carried over 1,500 people to their death in the ice-cold waters of the North Atlantic in the early hours of April 15, 1912.